First Pancake Productivity: Because You Don’t Need to Eat the Frog

The gist: "Eat the Frog" might be one of the MOST well-known productivity techniques. But it's not for everyone, so here's my alternative.

If you're a regular around here, you know that I talk a lot about how many productivity best practices I DON'T follow. (And if you're not a regular yet, you can become one here. 😉)

Well, what you may not know is that it all started with a damned frog. 🐸

You know the one.

I mean the one that Mark Twain mentioned one, probably in passing, and productivity gurus are obsessed with.

I don't need to eat the frog, and you don't either.

So let's talk about why.

About the Eat the Frog Productivity Technique

If you're lucky enough to be unfamiliar with it, Eat the Frog is a productivity tactic named by Brian Tracey, based on a quote by Mark Twain:

Basically, the technique is to do the hardest thing first.

Whether the most difficult thing on your day's agenda is working out, writing, making an unpleasant phone call, whatever.

Eat the Frog says to make your hardest task the first thing you do when you wake up.

Tracking and managing your energy can straight-up change your life, without having to change much at all (no ridiculous productivity hacks needed!)

By better understanding your natural energy, peak hours, and existing habits, you can take advantage of it all to unlock new levels of productivity.

Get started today with my free energy management tracker!

So, what's my beef with Eat the Frog as a productivity tactic?

It's that to me, Eat the Frog is like Taylor Swift and Cancel Culture. The discourse and fandom around the thing is much more annoying to me than the thing itself.

I don't necessarily have a problem with Eat the Frog, or Taylor Swift, or celebrities and privileged people being held accountable for their actions (that's what it really is, folks!)

But the way people have overreacted to and oversimplified all of these things does bother me.

So in reality, this advice isn't applicable to everyone, which is how it's thrown out there as advice.

There are a lot of people who definitely shouldn't do their most important and difficult work first thing in the morning, including:

Ultimately, it's just not practical or in line with energy management, which are both non-negotiable for me when it comes to productivity tips.

And I'm not just knocking something without trying it.

For years, before I was confident doing my own thing and was trying to follow all the "rules of work," I ate the frog. I woke up early. I did all of the other things I was "supposed" to do, waiting to get used to them. And I never did.

So eventually, I started coming up with my own techniques instead.

And to replace the Eat the Frog practice, I came up with the First Pancake Productivity Technique. 🥞

About the First Pancake Productivity Technique

Have you ever heard of the First Pancake Theory? It's the theory that the first pancake in a batch never turns out as good as the others.

I first learned about it in a fiction book where a cook was making pancakes. They mention the "infamous theory," and I wondered if it existed and was really infamous.

This is real. It's widely talked about and hotly debated, with lots of threads about it on reddit and quora, and seems to be a super common question for magazines to ask culinary people in Q&A's.

And while people debate its inevitability, everyone seems to agree that the phenomena is common, if avoidable.

It can happen for a variety of reasons, but it's easy for the first pancake not to turn out great.

Either the pan isn't hot enough yet, the batter's not the right consistency, the oil isn't evenly distributed in the pan, or one of the many other things you need for perfect, fluffy pancakes was "off."

But here's the thing:

The best chef doesn't get scared off by a bad first pancake, or freak out that they won't have enough pancakes for everyone.

They just accept it as part of the process.

And they make enough batter to throw one or two pancakes away.

They use the first as a test, or gauge, to see what the batter or pan still needs before it can create deliciousness.

And the First Pancake Productivity Theory applies that same thinking to business.

Instead of expecting perfection from yourself as soon as you wake up in the morning, let yourself mess up a little.

Accept it as a throwaway.

Why First Pancake Productivity Works For Me

Like I said before, Eating the Frog never seemed to work for me, but it was exalted as such a hard and fast rule I thought something was wrong with me.

Since then, though, I've accepted the way I am. I am:

When you combine all those factors, my mornings are NOT "miracles."

Mornings are the blank space I give myself to deal with my health. (I call them my slow mornings, and I love them.)

Since that time, the time when I'm supposed to be "eating the frog" and doing the hardest thing, was actually when I need to go easiest on myself.

But aside from the energy management benefit of not doing hard work in the morning, there's another great reason to try First Pancake Productivity:

It also builds momentum that becomes motivating as hell. 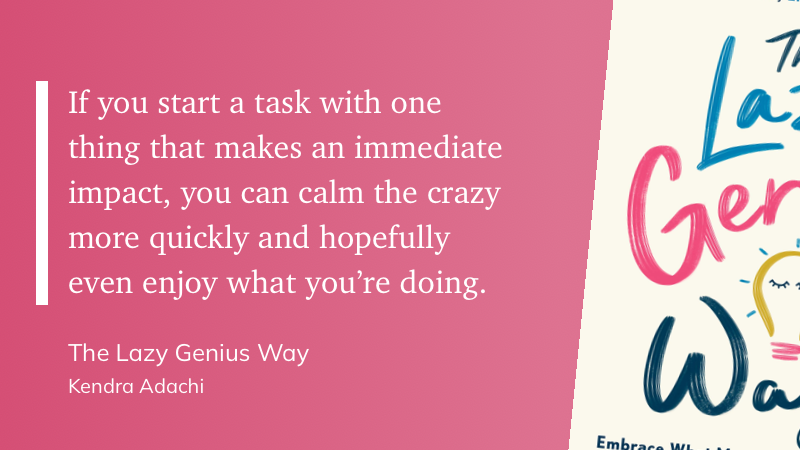 You know the snowball effect?

When you first wake up, that hard task might seem too hard for you to deal with.

But once you accomplish something small, you build momentum, confidence, and productivity ~vibes~. Then you do something a little bigger, and build more.

Eventually, the big task, the "frog" doesn't seem so daunting.

It's like adding appetizers to the frog's main dish to dilute the taste. 😝

Tracking and managing your energy can straight-up change your life, without having to change much at all (no ridiculous productivity hacks needed!)

By better understanding your natural energy, peak hours, and existing habits, you can take advantage of it all to unlock new levels of productivity.

Get started today with my free energy management tracker!

Ways You Can Use the First Pancake Productivity Technique

If you're not a morning person, and think First Pancake Productivity might be right for you, here's how you can try it out:

And if you're looking for a few ideas for different kinds of energy, keep scrolling.

If You Have the Most Physical Energy in the Morning

If in the mornings, physical energy is the kind you have the most of, you can try waking up and:

And this doesn't need to be something "big."

It might just mean a 15-minute walk around the neighborhood before work, or running one errand on your way home from taking your kids to school.

If You Have the Most Creative Energy in the Morning

If you wake up feeling creative and brimming with ideas, try spending the time:

If You Have the Most Social Energy in the Morning

I'm jealous of those of you who wake up feeling ready to deal with the other humans in the world. So, so jealous. To make the most of this energy, try:

If You Have the Most Strategic Energy in the Morning

Ah, finally one I can relate to! I often wake up with IDEAS. So many ideas. To make the most of this, when it happens I spend my morning:

Finally, sometimes you wake up feeling like you just don't have energy, and wouldn't be good at anything except going back to bed.

Totally fine. If you have the space to do so, DO THAT.

Biphasic sleep is real, and there's evidence it might even be more natural to the human body.

But if you don't, you can still release yourself of the pressure to be super productive.

Use the time you spend waking up and getting used to the world doing low energy tasks like processing email and other inboxes, anything that's mostly copying and pasting data, and other admin.

The momentum can help wake you up and motivate you, as I mentioned earlier. And once you do feel more alert, all your low energy work is already done.

Ditch the Frog, Take the Cake

Just because Mark Twain liked doing the hardest thing on his to-do list first, doesn't mean you need to. You probably have different circadian rhythms. You definitely have different lifestyles.

And working brighter instead of smarter means making productivity habits and techniques work for your life, not forcing your life to fit into the techniques someone else liked.